Just the other day, a friend of mine went off on a political rant. Not in person, although he has in the past. This was on Facebook.Another attempted this on LinkedIn.And yes, I’ve even received a political Snapchat too!

Another attempted this on LinkedIn. And yes, I’ve even received a political Snapchat too!

He was passionate, articulate and well informed. That’s nice because there’s nothing worse than someone spouting off political ideology with no clue of what they’re saying. Okay, that’s not totally correct. Going to the dentist can be worse. Your home team losing a game is no fun either. Well, you get my point.

Funny or not, these conversations are going on at work every day and they can be fun, funny or even intense. Good folks on one side trying to convince good folks on the other side that THEY’RE right and YOU are wrong!

You can depend on it. Energy turns to the shaking of heads. Voices begin to rise and opinions are changed all of the time. I mean, people actually change their political affiliation simply because your point was stated so eloquently, with such poise and indisputable fact!

That’s what my friend was attempting to do on FB.

And scholarly institutions around the globe have accumulated massive amounts of proof that entrenched political minds can be changed like that (snapping my fingers.) Really, they do……..NOT!

Lifejacked: Life Lessons on Leadership is a collection of powerful in person interviews with women and men who successfully navigated life’s toughest challenges.

Look, technology is relatively new. Political beliefs and ideologies are older than-well they go back a lot further. You’re not going to change many minds with a post or office chat. However, there is one way to get your way. It’s bold and requires a little effort as do many things that we truly value in life.

While you’re espousing your heart-held beliefs, ingrained into the fiber of your being and as you continue to discuss, rant the day away and change few minds if any – I’m going old school. Not so much complaining. Not an essay on why I’m right and you are a political neophyte.

So, what CAN you do? What clear choice will allow you to champion your beliefs with clarity, passion and zest?

Get a megaphone? Perhaps. Public access TV? Okay. Write an op-ed article to a local paper? Sure.

I have a different plan. It’s political and it’s not.

I’m gunna VOTE! That’s right. You’ll make a bigger difference if you vote.
Are you with me? Yeah, I knew you were!

See you at the polls!

Scott Lesnick is a transformational leadership keynote speaker and author who shows leaders at all levels how connect with all generations, grow productivity and business and successfully navigate change. 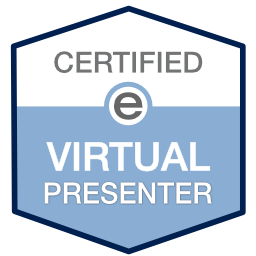